Racism & Discrimination in America and the Effects on Mental Health 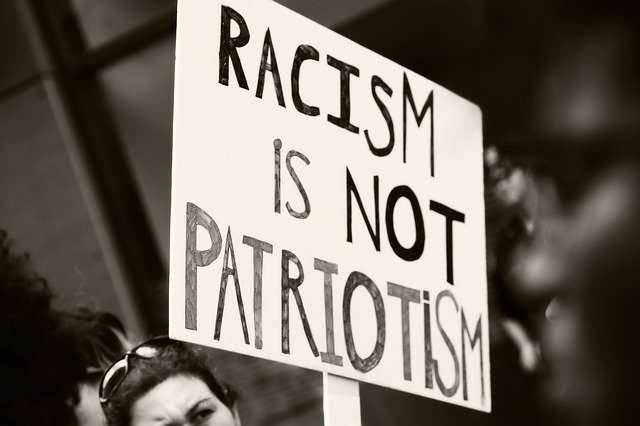 The United States is known as the land of the free where freedom of speech, religion, and choice; freedom to make decisions and live your life in whatever way you choose, are considered a right that we all have from birth or from the moment we set foot in this country. Many nations and cultures worldwide look to us as the ideal society where the American dream can be fulfilled by anyone who chooses to work hard with dedication and a commitment to succeed.

Although these opportunities are certainly available to many people, true freedom and the American dream is not equally accessible to all. Racism and discrimination in America are proof of the fact that all people do not begin the race of life standing shoulder to shoulder at the starting line. Many of us get a head start simply because of our skin color.

Racism and discrimination have a significant impact on mental health. The day-to-day lives we lead are already embedded with stressors. Imagine adding to that the heavy toll of being a victim of prejudice at work, in education, and in the legal system just to name a few. The injustices and barriers that are put into place by racism and discrimination leads to low self-esteem, anxiety, trauma symptoms, depression, and substance abuse. Most people can relate to the stress and struggle of trying to ‘make it’ in life—to get ahead financially, socially, and occupationally. But for people of color, there is a glass ceiling—there are walls and barricades that exist to stop them, no matter how hard they work to get ahead. Who wouldn’t give up in frustration? Who wouldn’t feel defeated?

Impacts on Those Who are Victimized

The African American community, as well as other groups of color, have been impacted by racism and discrimination for centuries, leading to generational trauma. This is a type of trauma whereby mental health symptoms are passed down from family to family; generation to generation. Since racism continues to exist, both overtly and systemically, these families continue to be affected by the glass ceiling and the barriers that prevent them from access to the same financial and social opportunities as White citizens. Poverty, lack of education, and poor healthcare create and maintain mental health issues among African American communities and other populations of color.

Impacts on Those Who Support & Perpetuate Racism

It’s difficult to feel any pity or empathy for people who inflict racism and discrimination towards people of color. However, it’s important to review how mental health is related to the actions and behaviors of individuals from this group.

Typically, racist individuals often fall into two main categories: Those who are ignorant and those who are antisocial/sociopathic. The ignorant groups are individuals who were taught racist ideologies by their parents and grandparents and have therefore maintained this mindset of stereotyping and discriminating against people who have a darker skin tone. The mental health of such individuals is often characterized by profound personal insecurities masked by a need to feel superior. These individuals are often very rigid and inflexible in their thinking, so they never bother to question the falsehoods they learned throughout their lives about people of color. They won’t learn the history of racism in the U.S., how racism has turned from overt and obvious prior to the Civil Rights Movement to the more dangerous covert and systemic racism that exists nowadays. These individuals often believe that all people have the same opportunities to get ahead in life and they apply their stereotypes to people of color, calling them lazy or unmotivated. What the ignorant groups do not look at is how socioeconomic factors perpetuated by racism and discrimination prevent people of color from enjoying the same opportunities as White people. Ignorant groups are blind to these facts and realities and what’s worse is that many don’t wish to learn and educate themselves. The ignorant racists may not necessarily be outwardly cruel to people of color, but their innermost beliefs are certainly filled with hatred for others and likely much hatred for themselves, too.

Then there are the antisocial/sociopathic racists, which are more likely to outwardly act in a racist manner and are capable of harming people of color or making racist remarks. The mental health of these individuals is characterized by a very fragile and poor sense of self, which they conceal with narcissism and a need to dominate, control, and manipulate others. They have little to no empathy and often operate without any real morals or values—although they often present themselves as being righteous, all-knowing, and superior to others. They may at times use religion to justify their racist beliefs. While the ignorant groups can often be educated and learn about the severe harm and immorality of racism and discrimination, the antisocial/sociopathic racists often do not change their ways, as their intentions come from a place of cruelty and a desire to inflict harm. These individuals are often more prone to law-breaking behaviors and a disregard for authority, which can contribute to their tendency to be dangerous or cause harm.