Don’t Fall Into These Thinking Traps! 4 Cognitive Distortions that Can Lead To or Worsen Your Depression & Anxiety 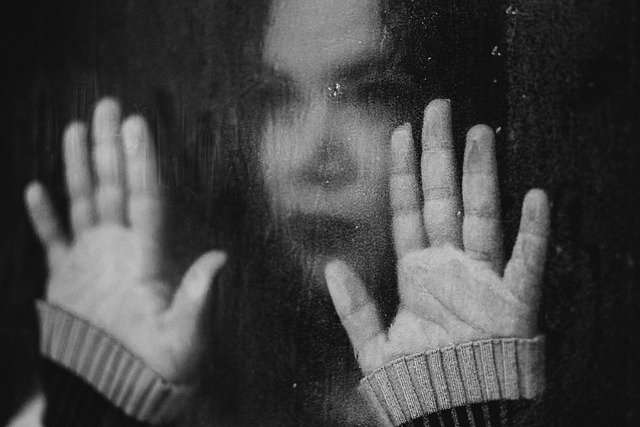 Cognitive Distortions, also known as Thinking Traps, are negative assumptions, thoughts, and beliefs that trap you into thinking in a certain way and making false conclusions about people you interact with or situations you come across. Once you get stuck in one or more Thinking Traps, you can potentially stay there indefinitely unless you identify, challenge, and replace them with more positive and realistic ways of thinking and perceiving others and your environment. I say realistic because one of the interesting aspects of Thinking Traps is that fact that once you break them down and really question their validity, it’s pretty easy to see how the assumptions you make and many of the negative thoughts and beliefs you have are pretty extreme and exaggerated—that is, they usually don’t make a lot of sense or are highly unlikely to happen. Still, our mind manages to convince us that these negative assumptions, thoughts, and beliefs are true or are likely to happen. Thinking Traps can be sneaky, and so convincing.

Below we’ll discuss some of the most common Thinking Traps, why they are largely exaggerated or unrealistic, and how you can begin the process of challenging and replacing them.

If you find that you tend to see things in extremes—like things are either wonderful or horrible; you’re either a success or a total failure; you believe other people hate you or love you—then it’s likely that you fall into the black-and-white Thinking Trap. The reality is that not getting the job you wanted might not be such a huge tragedy. Maybe you’re simply meant to find a better opportunity. If you make a mistake and get reprimanded by your boss, maybe you’re just human, not a total failure. If you examine your tendency to label situations and interactions with people in such extremes, you will likely realize that most situations that occur in life fall into a middle ground—not terrible or horrible, but instead, just okay. Ask yourself: “Is this really so terrible?” and “How else can I perceive or interpret this situation?” Doing this will help you reassess the issue in a more balanced, and less rigid, way.

This Thinking Trap is also known as Catastrophizing because you’re way of thinking about people and things is such that you see only the catastrophes: The worst-case scenarios, the ill intentions, and the most dire outcomes. Catastrophizing can cause and perpetuate anxiety because you might imagine terrible future outcomes to the point that it causes you a lot of worry and fear. The majority of the time, those feared outcomes never even happen. Your mind, however, tries to convince you that the catastrophes will occur, so by thinking about them constantly, you’ll somehow be able to avoid them. This is our mind’s “logic,” but the more realistic truth is that worrying and negative thinking increases your level of emotional stress and actually makes you less able to cope with problems. Next time you catch yourself thinking and fearing the worst-case scenario, ask yourself two things: “What is the likelihood that this can actually happen?” and “When was the last time worrying and being so negative actually helped me in any way?”

Taking things personally is rather common when you’re struggling with depression. You might feel especially sensitive and irritable whereby anything anyone does or says will bother you. Although you should forgive yourself for acting out of character when feeling depressed or anxious, it’s also important to be aware of the fact that you might tend to take things personally. Personalization involves a lot of assumption-making, which is sign that can help you identify when you’re distorting situations, blaming yourself, or misreading interactions with others. To minimize this Thinking Trap, ask yourself the “what else” questions, which include: “What else could this situation mean?” or “What else could he/she have meant by that?” This helps you open your mind to other possibilities that could explain a situation so that you don’t let the personalization Thinking Trap lead you in the wrong direction.

This Thinking Trap occurs when you become too confident that you know—for certain—what other people are thinking and you’re sure that others are thinking the worst of you or have negative intentions. One of the biggest downfalls of this Thinking Trap is the fact that you may become so confident that you can read minds that you begin to act like the wrongdoing has already happened. For instance, if you believe someone’s dirty look in your direction means they dislike you, you might act rudely towards that person. The reality is that a dirty look—or even a rude comment—can be due to so many other circumstances that have nothing to do with you or how that person feels about you, personally.

It’s human to fall into Thinking Traps from time to time, so don’t be hard on yourself if you do. The purpose of learning about the various ways our mind takes us down a negative thinking path is to develop greater self-awareness and implement methods of challenging and replacing thought errors. It takes a lot of strength to be willing to examine yourself in this way, so take on this task by willingly admitting that you’ve fallen into the traps! By embracing your flaws and errors you can step into the freedom and growth of self-development.